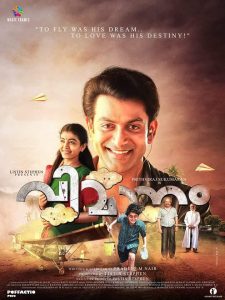 The film will have two time periods with Prithviraj appearing in two different looks. Reportedly, he will be reducing weight for the role and will also be taking flying courses.

Produced by Listen Stephen, music by Gopi Sundar and its schedule for release on 21st December.