The film features Ranbir Kapoor and Katrina Kaif in lead roles, and tells the story of a teenage detective in search of his missing father. 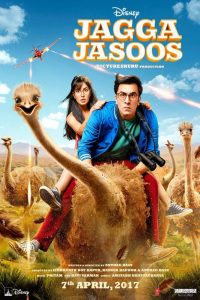 The story of Jagga Jasoos evolves around the infamous high profile case of Purulia Arms Drop, which took place in the year 1995 allegedly to overthrow the then Communist Government of West Bengal, India.

Filming took place in Cape Town, South Africa and the film is released on 14 July 2017.

Kunchako Bobban’s Shikkari Shambu to be remake to Tamil prior to original release.