Amazon Obhijaan is an adventure film, directed by Kamaleshwar Mukherjee and produce by Shrikant Mohta and Mahendra Soni. SVF the biggest Production house of Bengal and E4 Entertainment join together to bring Amazon Adventure in multiple languages. 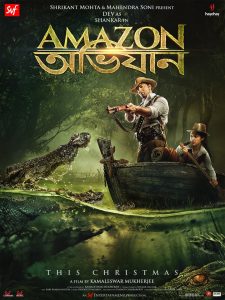 Amazon Obhijaan has broken the Guinness World Record of blockbuster ‘Baahubali’ by making the largest poster of more than 60,800 square feet (sq.ft). 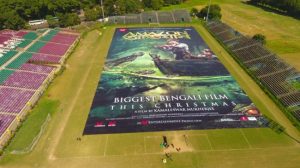 ‘Amazon Obhijaan’ is slated to release in December 2017. The film, which will release in multiple languages, is pegged as the most expensive Bengali film ever with the budget of around Rs 20 crore.