The film tells the coming-of-age story of a teenage girl who aspires to be a singer, and deals with themes including feminism and domestic violence. 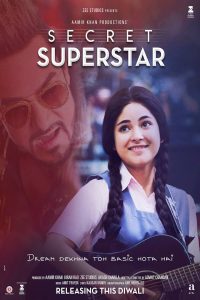 The story of Secret Superstar is set in the town of Vadodara (Baroda) in Gujarat, India. This dark living-the-dream story is about an Indian Muslim high school girl Insia (Zaira Wasim) and her mother. Insia lives with her mother Najma (Meher Vij), younger brother Guddu and an overbearing father Farookh (Raj Arjun). Insia is very passionate about singing, but her father is completely against her dream of becoming a singer.

Rajiv Menon to direct a movie after 17 years in Sarvam Thaala Mayam a...