“The story is about a group of people in Diwanji Moola and their lives. It is inspired by them. And, of course, there is a thrilling bike race sequence and that’s how the words, grand prix, has been used in the title.” 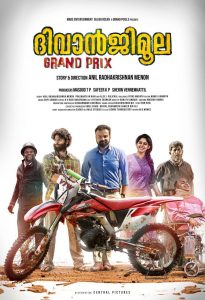 Kunchako Boban, as the lead, plays Sajan Joseph IAS. Nyla Usha and Ketaki Narayan will play the female leads. Newcomer Rahul will also be seen in a significant role.

Apart from them, the director says that the film will also introduce a host of new faces. The film is produced by Mars Entertainment, Silver Ocean and Grand Pixels. Cinematography is by Alex J Pulickal. The background score and songs have been composed by Gopi Sundar.