A spiritual successor to his earlier Thiruttu Payale (2006), the film features Bobby Simha, Prasanna and Amala Paul in the lead roles, with Vivek and Robo Shankar in supporting roles. 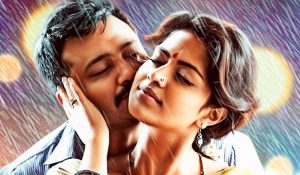 The Plot: Selvam (Bobby Simha) is termed as a “Honest Corrupt” Police officer by his superiors. He leads happy life with his wife Agalya (Amala Paul). He is given special duty of tapping and tracing the phone calls of important VIP’s .

Vidyasagar has been hired to compose music for the film.

Produced by AGS Entertainment, the film has been released on 30th November.