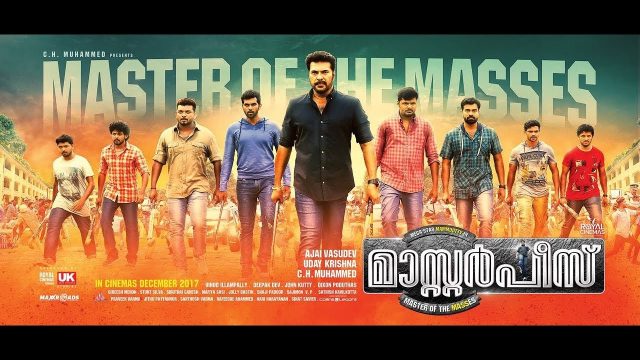 Mammootty’s Masterpiece is a film directed by Ajai Vasudev and written by Uday Krishna. The film was released today 21 December 2017 and the initial review says “Its Class & Mass with a Twist”.

Regarding the character of Mammootty, Ajai Vasudev said,

“He plays a strict college professor who doesn’t mollycoddle his students, a rough and tough character with a short temper. The characterisation is very much on the lines of the larger-than-life roles.”

Posted by Mammootty on Donnerstag, 23. November 2017

The principal photography began on 17 April 2017 at the Fatima Mata National College, Kollam and was completed by the end of November in Kochi. Deepak Dev composed the soundtrack.