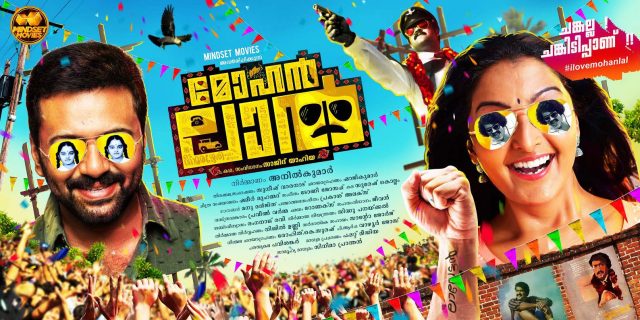 Mohanlal is a Malayalam comedy movie from the director Sajid Yahiya. The movie showcase the life of an ardent Mohanlal fan. Indrajith & Manju Warrier plays lead roles in film and will also have Soubin Shaheer and Aju Varghese playing prominent roles.

Manju Warrier will be playing the role of a Mohanlal fan. In the poster of the film, Manju looks positively starry eyed. She has a huge smile, is wearing sunglasses that feature Mohanlal from his younger days. She looks like any other Lalettan admirer in the poster.

According to reports, Her name in the movie is Meenukutty, and she is paired opposite Indrajith Sukumaran. The poster of the movie was released on the occasion of Mohanlal’s birthday.

Awesome short film by Sachin Nallur ‘Pakarpu’ – Lead by example and the youngsters...