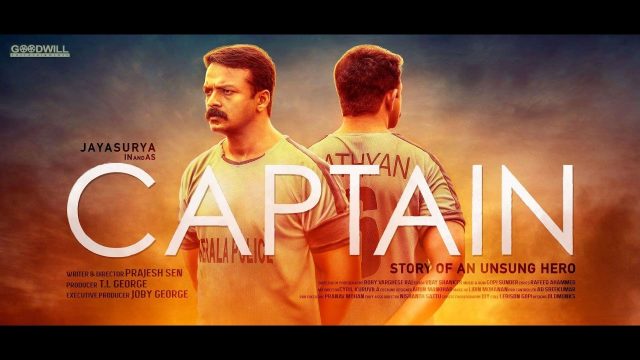 The Good will entertainments is now coming with a new project titled ‘Captain‘.The upcoming movie is produced by T. L George under the banner of Goodwill Entertainments is reportedly set to be a mega-budget film and the most expensive one in the film career of Jayasurya.

Captain is the directorial debut of Prajeesh Sen and it is based on the the autobiography of V.P Sathyan.

The film, titled Captain, is based on the life of V.P Sathyan, who took Indian football team to greater heights.

Sathyan plied his trade for the Indian football team between 1985 and 1995. He was one of those footballers who brought plenty of laurels for the beautiful game in India, but he got obscured with time.

Ranjikanth’s 2.0 is scheduled to April 27 release as of now