Vodka Diaries is an upcoming indian thriller film set in contemporary Manali. The story revolves around a club called Vodka Diaries, where few murders have happened and ACP Ashwini Dixit is investigating them.

It is being directed by Ad film maker Kushal Srivastava under the banner of K’Scope Entertainment Pvt.Ltd. & Vishalraj Films & Production Pvt.Ltd. 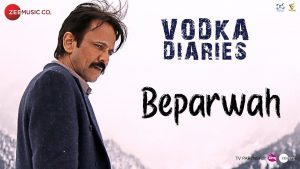 In the misty town of Manali, ACP Ashwini Dixit attempts to solve a series of mysterious murders happening in a single night, which might be connected to the night club, Vodka Diaries.