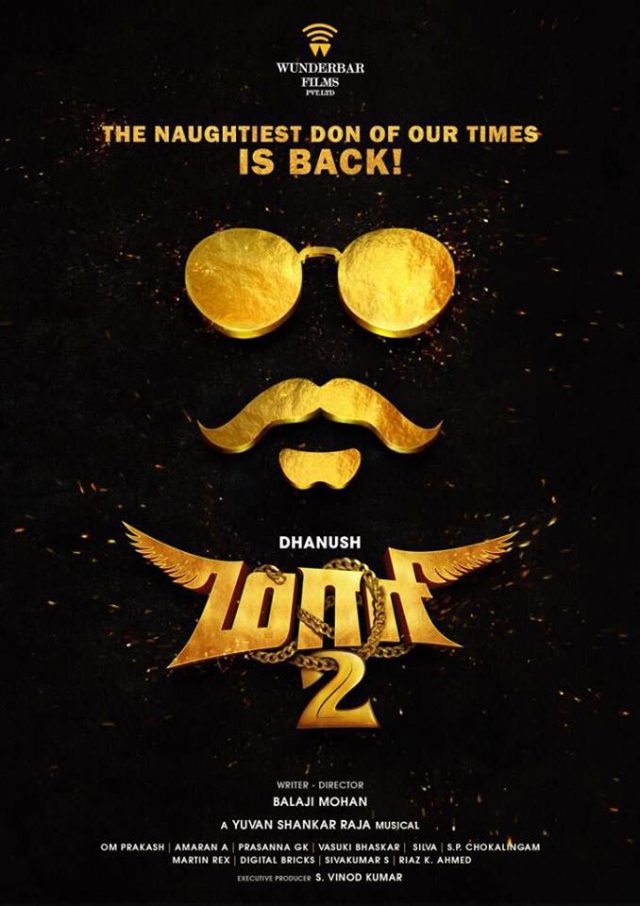 Maari 2 is the sequel to Dhanush’s Tamil hit Maari and will be simultaneously shot in Tamil and Telugu as a bilingual. Maestro Isaignani Ilayaraja sang song for film Maari 2 starring Dhanush, Tovino Thomas & Sai Pallavi.

Malayalam actor Tovino Thomas has been signed to play the antagonist. He said “After Tharangamand Maradona, this will be my third collaboration with Dhanush. I’m really excited to be part of the project. I’m looking forward to start working on this project,”

So happy to announce that the maestro isaignani ilayaraja sir sang a song today for #maari2. What a delightful divine experience. We feel so blessed and super thrilled.#YuvanShankarRaja #BalajiMohan