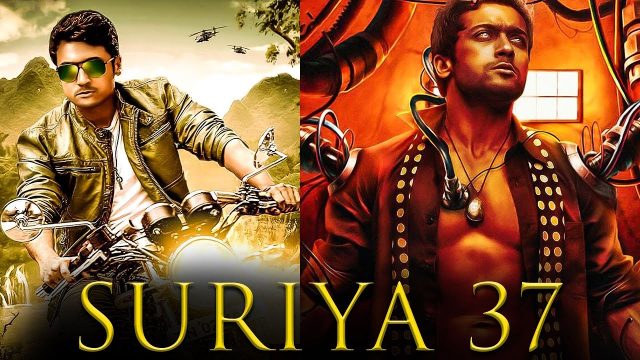 Suriya is currently shooting for his new movie with ace filmmaker Selvaraghavan (Suriya 36). The movie produced by Dream Warrior Pictures has Sai Pallavi and Rakul Preet Singh playing the female leads. After having wrapping up a brief schedule in Chennai, the team will be heading to Tanjore by mid Feb.

Meanwhile, an exciting news about Suriya’s next after the ongoing Selvaraghavan film is doing the rounds in social medias. As we had earlier reported, KV Anand will be directing this movie, tentatively titled as Suriya 37. The latest news is that Lyca Productions will backing this big budget movie.

Lyca Productions is one of the leading banners in Tamil film industry at present. They already have two biggies in Rajinikanth’s 2.0 and Kamal Haasan’s Indian 2, coming up. This upcoming movie will mark their first time collaboration with Suriya.

Meanwhile, KV Anand and his team is busy with the pre-production works. The director was recently in China for location scouting. Suriya has previously worked with him in Ayan and Maattraan, and so fans are expecting a big hit this time as well. The director is known for helming quality commercial entertainers that also carry a relevant social message in it. Suriya 37 is expected to be on similar lines to his earlier films.

Certain unconfirmed reports suggest that KV Anand is trying to get Amitabh Bachchan to play a prominent role in the movie. Reports reveal that the team is putting in their best of efforts to reach out to Bachchan for a narration and soon there might be an official confirmation around it. Interestingly, KV Anand has previously worked with the Bollywood superstar in the 2004 cop-action flick Khakee, for which he cranked the camera.

With Lyca Productions on board, Suriya 37 has got a real big booster. Shoot for the movie is expected to commence once Suriya wraps up his portions for Selvaraghavan’s movie.