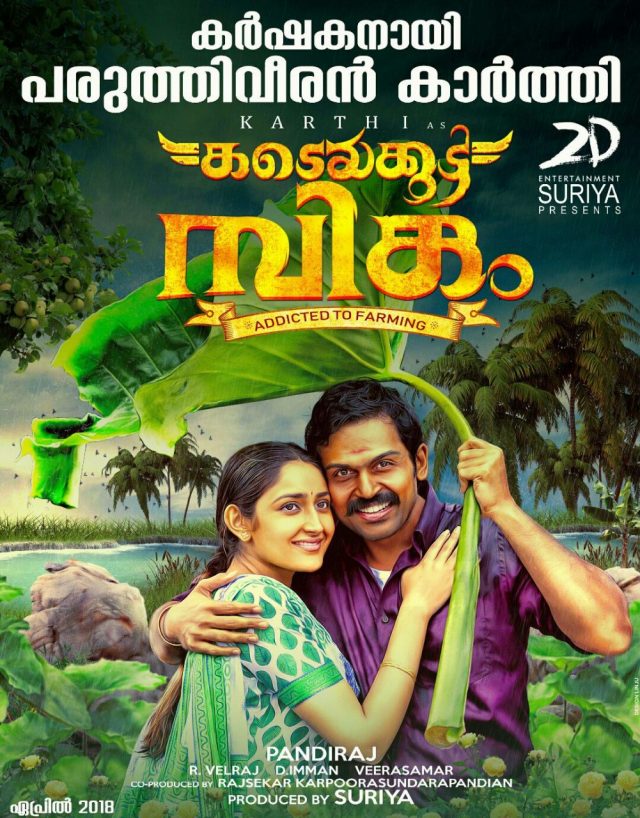 Kadaikutty Singam is an upcoming Tamil-language drama film written and directed by Pandiraj and produced by Suriya for, his studio 2D Entertainment.

The film stars Karthi and Sayyeshaa in the lead roles, with a supporting cast including Sathyaraj, Priya Bhavani Shankar and Arthana Binu.

The film, which will also be released in Telugu as Chinna Babu, features music composed by D. Imman and cinematography by Velraj.