Balabhaskar – the name is all enough to electrify those who are in love with instrumental music. He is a celebrated violinist, South Indian by origin, who created revolution in a South Indian’s concept of instrumental fusion.

Deeply rooted in Carnatic classical music and trained since his tender age of three by his guru and uncle, the veteran musician Mr. B. Sasikumar, Balabhaskar set out to contribute his innovations to the field of music. As a kickoff, it was an igniting passion for this child prodigy to master every new piece his uncle played.

The journey has made him today one among the most sought after musician in Kerala. Truly named Balabhaskar- the outset stage of the sun- he passes a new spirit to the audience as every dawn does to us, whenever he magically strokes the strings of his violin.

He remarkably continues his exciting musical journey, still leaving his audience spellbound and stamping the memories of his enthralling performances. 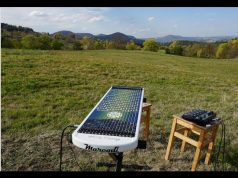