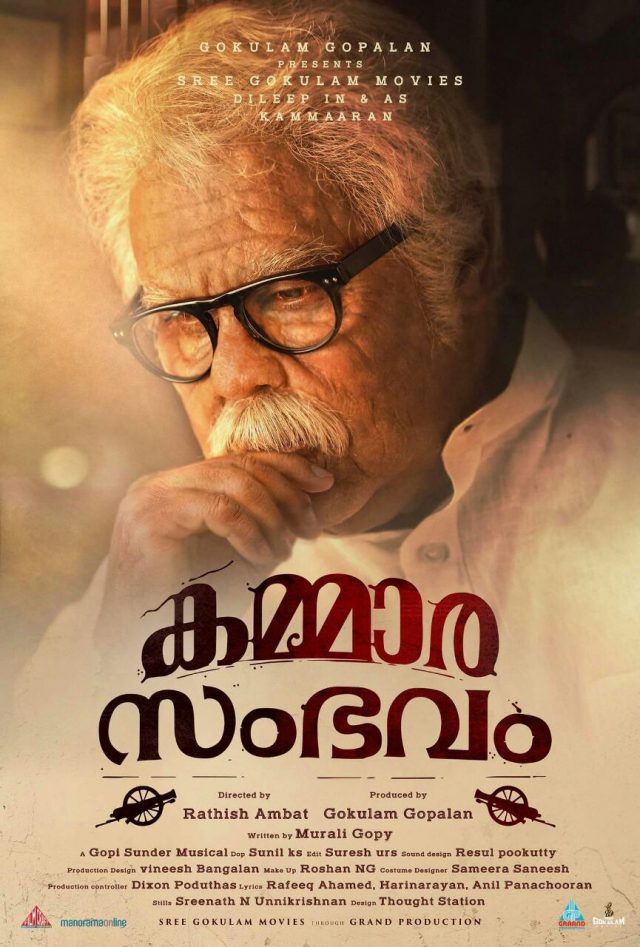 Dileep as ‘Kammaran’ in Kammarasambhavam Malayalam film by Gokulam Gopalan.

The film starring Dileep, Siddharth, Bobby Simha and Murali Gopy is produced by Gokulam Gopalan. Siddharth makes his Malayalam debut with the film.